If you have any questions or suggestions, please contact us or leave us a message... 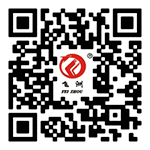